A very good day to everyone

It has been superb to watch the transformation of our fields over the last few weeks…..the rain has disrupted some of our events and sporting matches….but our grounds took a lot of pressure during the heat wave that we experienced late last year and early this year….and now Mother Nature has in her own way remedied the ills of the heat wave with some wonderful rain…to soak and cool down the earth…and of course provide the necessary nourishment to promote and foster growth….so the greens of summer are most prevalent again on our fields at the moment….and it has provided Brian and his team with plenty of work cutting and mowing the extraordinary growth we are experiencing at present…..even some damage caused an over enthusiastic operator and poorly aligned mower has not proved as disastrous as it originally appeared…and should be sorted out in a hurry now….

On Friday night, Freedom Unfound proved why they have become so popular with the Northerns faithful….as they played a succession of marvellous music for the duration of the evening…thanks to Ryno and his new Bassist and Rob on the drums for producing such an entertaining evening…we welcome back the Zimmer Twinz this week, who have grabbed at the opportunity to diversify in their last few appearances and have included a lady vocalist…which has increased the variety of music that they produce…hopefully this Friday will continue in this vein and include some new unchartered territory again…join us on Friday to find out…

Our Joker candidate this week was a “newbie” with Terry Alexiou having his name pulled from the beeeeeg black box…and after his initial shock at being selected appeared most relaxed and quickly selected jest to the left of “slap-bang” in the middle of the board…..to reveal the 5 of diamonds…. and this week, as per normal, there was a massive roar from the crowd….singing, clapping and jeering all instantaneously broke out….once again the Joker draw lives for another week…and now the jackpot is starting to gain momentum….R126362 is available for this Friday….a sizeable sum to have deposited into your bank account on Tuesday morning….and all that for a R5 wager…..tickets are on sale in the Hall from 16h30 to about 19h20….and the draw take place at 19h30 in the Main Bar….try your luck this week…you never know…it may just be your opportunity to find the Joker!!

Our Soccer players went to visit the super league winners from last year Luso in the Top 8 competition…and this is always a difficult encounter…..there are a few grounds that are really difficult to take any points away from the hosts…and this is one of them… our second side started off brightly enough, racing into a 2-0 lead and then seemed to counter punch from there….they absorbed loads of pressure from an extremely experienced Luso side….and rode their luck to out on top of a magnificent 3-2 win…well done boys….that is really a top notch effort…..our first side were not as fortunate, coming out on the wrong side of a three goal thriller….some pundits would call us unlucky…but coach Jannie came home with a lot positives…after blooding some new young talent….including 18 year old Dan Crawshaw….not the result we would have preferred….but with a long arduous season still ahead of us….we will build in the positives….this week both our sides are at home to Alberton the second side kicking off at 13h45 and the first side starting at 15h30….the matches will be played on the ‘C’ field across the road…please come along and support….

Our cricketers encounter with their nemesis CBCOB, proved to be another nail biter….Kurt, once again winning the toss and asking the position to open the batting…..and they were rollicking along quite nicely at 111/3 before the machine from the North started to tighten the screws and slow the scoring rate down… to eventually bowling them out off the last scheduled ball of their innings for 192….. Stef Jordaan being our star taking 4 for 34…and Leonard Killeen chipping in with a solid performance of 3 for 26….and we began our chase of 193….it didn’t start off too well…with our “in-form” batsman Vaughn, getting a first baller….but we slowly built our way up to 83/4 when Leonard and Kurt got together….and Kurt was in a most attacking frame of mind….bludgeoning 56 off 54 before being caught out with the score on 168…. a little wobble as we lost another couple of wickets by time the score reached 175….another 18 runs and the only the tail left…..but Lance had other ideas smashing 16 off 14 to take us home by 3 wickets…. if I know coach Nick, he may have had a few heart flutters during the chase from the time that Kurt lost his wicket to the end….. but all is well that ends well….and now we breathe a little easier after another win….we are still on top of the league….but Kempton have slipped into 2nd place above CBCOB….but with the Alberton result was still outstanding at the time of writing, that 2nd position may not be cast in stone yet….this week we take on Boksburg at the North…with the first ball being bowled at 10h00….should be another cracker….I will be down to support….I hope you do come down too…..

Our senior Rugby trials were held on Saturday afternoon and the coaches were happy with the talent on show….but if you do know of any new players please send them down to practices on Tuesday and Thursday nights, new players are always welcome….our first encounter for the season is a trip to Delmas…. good luck chaps….

Our runners are starting to get into their preparations in earnest in the quest of their goals….and will be travelling to all corners of SA over the next few months, as they build up the mileage to strengthen their bodies and legs…..good luck to you all…I seem to be on a different route to the early morning runners, but I see that the Club run on Wednesday are really well supported….

Our Bridge Members recently had their AGM to elect a new committee for the oncoming year…..Well done to all the Committee and office bearers elected…. Brydie Bullen-Smith has been elected as Chair-Person for the year to steer Brydie into 2019.

That’s it for this week….have a fantastic week…if you believe that is any matter that needs some attention please feel free to email me on rod.scheepers@gmail.com and tell me about it…..

Starting the round of top 6 with an awesome win and showing!!  The ladies showed their compassion with the Hoërskool Driehoek community by wearing purple and yellow ribbons during the game, for the pupils who tragically lost their lives and those who are still recovering.
Benoni Northerns’ Ladies flying the Benoni Cricket Flag HIGH!! 🚩🏏🚩🏏🚩🏏🚩

or by downloading the Superbru app and searching for the pool with code:  armybeam 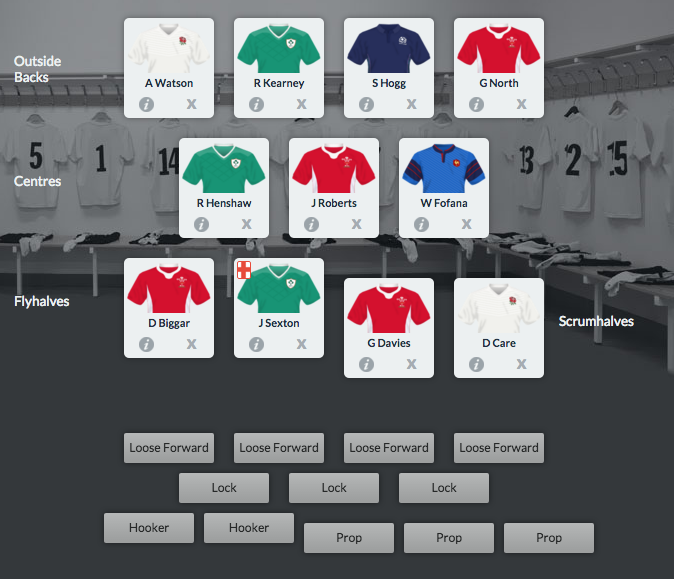